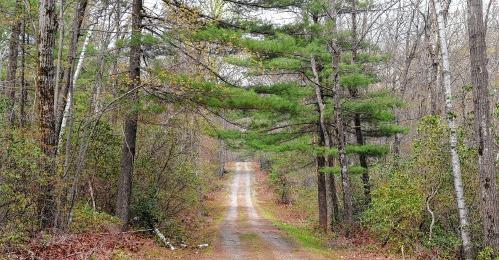 The state Department of Energy Resources has given the public until the end of July to comment on changes it has made to its biomass wood-burning regulations.

The deadline was originally May 24, but that was extended to June 7. Then, because of public outcry and pressure, the state once again extended the date to July 26.

“We all definitely need more time to review the extensive changes being proposed,” said Laura Haight, policy director for Partnership for Policy Integrity.

Several groups representing what they claim to be thousands of Massachusetts residents have sent a letter to Gov. Charlie Baker urging the administration to stop promoting biomass wood heat by awarding nearly $3 million to such projects this year.

Janet Sinclair, the Shelburne Falls woman who led the charge against a proposed biomass plant in Greenfield several years ago, said biomass is a “big problem.” She said because of that, the administration should not be further weakening any regulations.

Those who opposed a biomass plant in Greenfield won their battle and, in 2015, the City Council voted to keep biomass out of the city.

“There are so many other routes we can take,” Sinclair said. “But the government is paying these companies to pollute the air and cut down our forests.”

More than 30 Massachusetts groups and scientists joined to send a letter to Baker protesting the DOER’s monetary awards for wood-chipping facilities in western Massachusetts. The letter called on the administration to stop promoting wood-burning as “clean” energy, and it aligns with a bill supported by Sen. Jo Comerford, D-Northampton, Rep. Natalie Blais, D-Sunderland, and Rep. Paul Mark, D-Pittsfield.

The local legislators have all supported a bill that would remove words and phrases like “biomass,” “wood-burning” and “garbage incinerators” from eligibility in the state’s Alternative Portfolio Standard, which includes all types of renewable energy technologies that the state tries to encourage in its drive to lower its carbon footprint.

Sinclair said the state should be focusing more on solar thermal and geothermal methods of heating, rather than dirty methods like wood-burning, and those dirty methods should not come with incentives.Wood-heating rebates

In addition to the APS program, the state offers incentives for installing residential and commercial wood-heating systems through the Massachusetts Clean Energy Center. It offers a rebate of up to $500,000 for commercial-scale projects and up to $16,500 for residential projects. That rebate program will expire in 2020 — though, the forestry industry is lobbying to extend the program for another 10 years.

In February, the Baker administration awarded five grants totaling close to $3 million. The grants are part of the Renewable Thermal Infrastructure Grant Program, an initiative focused on expanding the availability of renewable thermal technologies.

Those awarded grants are required to match at least 50 percent of the project costs, which would bring the total to about $6 million in infrastructure upgrades. Funded projects include woody biomass processing and delivery equipment, testing of modern wood heating and emission control devices to current U.S. Environmental Protection Agency (EPA) standards and the installation of a tank to blend eligible biofuels with conventional heating oils.

The groups opposing biomass said the use of wood boilers for heating will not lower greenhouse gas emissions and is not environmentally friendly, sustainable or clean. They said wood-burning is a major source of air pollution, placing the most vulnerable — children, elderly and people with heart and lung problems — at risk.

Copies of the proposed regulations can be obtained by visiting: bit.ly/2WEO7pA.